Turkmenistan has been one of the most problematic states in the world with regard to the human rights situation for years. So far, three resolutions passed by the UN Human Rights Commission condemning the restrictions on basic human rights, combined with specific calls for their improvement, have not been commented on by the government. The International Helsinki Commission even speaks of ” one of the most repressive state machines in the world “, the practices of which “are characteristic of a totalitarian type of state”. BBC reporters described the human rights situation as problematic immediately after Berdimuhamedov came to power and meanwhile speak of a downright catastrophic situation, the most striking criterion of which for foreign visitors is the general fear of the civilian population of any form of contact with the visitor. Other clear and very early critics of the human rights situation within Turkmenistan are the EU and the OSCE. According to the institutions and organizations mentioned, almost all human rights are regularly and systematically violated in Turkmenistan.

The organizations Human Rights Watch (see above) and Freedomhouse have compiled detailed information on the human rights situation within the country on their respective websites. On the scale of freedom rights developed by Freedomhouse from 0 to 100, Turkmenistan received 2 points in 2019, a value just above the theoretically possible minimum value. In 2018 the value was still 4 points. According to the Economist Intelligence Unit, Turkmenistan ranks 165 out of 167 in the current democracy index. Only the DPR Korea and Chad are worse placed.

An aspect of the human rights situation in the country that has been known for years but is still not present in the Western public is the regular use of forced labor in connection with harvest campaigns and construction projects. Particularly during the cotton harvest, as in neighboring Uzbekistan, schoolchildren are used to a large extent. For this purpose, they are exempted from compulsory schooling for several weeks each year and sent to the cotton plantations. A presidential decree to end child labor has not yet led to an improvement in the situation and is therefore seen by international observers as an attempt to improve the reputation rather than as a measure to change the situation. In addition, the country’s first president had already officially banned child labor without this having contributed to any noticeable improvement in the situation. For this reason too, Turkmenistan is one of the countries with the most difficult human rights situation, especially for children, worldwide.

Since the children are not paid or only very poorly paid for their work on the cotton plantations, there is no option for the children or their parents and the living conditions in the mass accommodation along the plantations are largely inhumane and often catastrophic from a hygienic point of view, international non-governmental organizations spoken in this context of an extreme example of modern child slavery. In addition, the children are exposed to the use of aggressive defoliation and pesticides during the harvest. The defoliant agents used in Turkmenistan include predominantly those that have production-related contamination with dioxins – in particular with 2,3,7,8-tetrachlorodibenzodioxin(TCDD for short). The economic advantage of these chemicals is that when they are used, almost all cotton bolls can be opened immediately, which means that a plantation only has to be entered once and not, as is necessary under natural circumstances, every day for a period of up to two weeks. From a health point of view, however, the use of such agents is questionable, as the children are often already in the fields during the mission in order to enable a quick harvest due to their sticky effect. This results in direct skin and airway contact with the chemicals. TCDD is considered to be one of the most toxic of all dioxins, was the cause of the Seveso disaster and a typical component of Agent Orange. The main cause of the health effects of using this defoliant, which is very similar to the Turkmen ones.

In accordance with the increasing awareness of western customers for the human rights situation in the countries of origin of their products and following an appeal by the UN, a few western companies have begun to distance themselves from cotton produced in Turkmenistan and to forego corresponding products. The EU has introduced ” import benchmarks “. However, due to the relatively high quality of Turkmen cotton and the extremely low price for raw and processed cotton from Turkmen production compared to other countries around the world, most companies have so far refrained from taking comparable steps, so that Turkmen cotton – often indirectly – still uses the European counters. In particular, Turkmenistan is currently one of the largest bed linen producers in the world. However, for ethical reasons, buyers of these products are increasingly refraining from naming Turkmenistan as the country of manufacture. The names of countries in which the finished bed linen was printed or packaged are preferred (e.g. Bangladesh, Turkey or Vietnam).

According to Themakeupexplorer.com, within Turkmenistan, documenting the human rights situation of Turkmen children is punished with several years in prison. Just mentioning child labor is a criminal offense in Turkmenistan. One to three years of prison, convicted and sentenced on the basis of this criminal offense in the summer of 2016 was rapporteur in 2019 regularly released from prison.

According to a report on people smuggling published by the US government in 2019, Turkmenistan fails to apply minimum standards to prevent people smuggling. According to the report, the abduction of children for cheap labor is the country’s biggest human smuggling problem, followed by the selling of Turkmen women to numerous countries as sex slaves.

After giving up its activities within the country, the organization Doctors Without Borders published a report in which the decision made despite the considerable problems of the Turkmen health care system was justified. The Turkmen government responded with a sharply worded statement.

The Turkmen government restricts freedom of movement within its country in various ways. Various observers and organizations agree that it maintains an extensive blacklist of names of people who have been refused entry from Turkmenistan. People wishing to leave the country will only find out that they are part of this list when they try to cross the border. For years, various organizations have collected data from which it emerges that around one percent of the population (50,000 individually listed persons) are currently prohibited from leaving the countryis. According to the reports mentioned, however, about 5 to 9% of the population are actually affected, since the ban on leaving the country always includes their close relatives in addition to the persons named on the list. In addition, entire groups of Turkmen are collectively refused entry. According to the Turkmen travel law, this includes (among other things) persons or relatives of persons who have completed a study abroad or an extended stay abroad, persons under state observation and persons with access to state secrets, persons who have another nationality in addition to the Turkmen nationality, persons who have committed crimes have or are closely related to criminals (3 generations, 3 degrees of relationship), persons who could become victims of kidnapping or whose departure would run counter to the interests of national security. In addition, the Turkmen government has repeatedly imposed temporary travel bans on, for example, students from foreign universities, health, education and military personnel (Freedomhouse Report on Freedom Rights).

Many regions of the country may only be entered with special permits. This includes in particular the generously defined border areas. Outside the capital, tourists are obliged to be permanently accompanied by an employee of the Turkmen Ministry of the Interior or a state tourism agency and are also only allowed to enter the border regions with explicit permission that has already been given in writing and noted in the visa.

The population is de facto obliged to participate in the numerous state-organized mass events. During the events, which often last for days, she is completely deprived of her freedom of movement. During the hours of preparation and waiting times in adverse weather (heat in summer, cold in winter), there are always deaths among the participants. On March 10, 2013, around 465,000 state employees across the country, and thus around ten percent of the total population of Turkmenistan, were obliged to plant trees during the day. Similar populations are mobilized for the large parades on the occasion of important national holidays.

The Embassy of the United States of America lists Turkmenistan as the country of origin for human trafficking, which affects men, women and children alike. The people bought in Turkmenistan are particularly abused for the sex industry and as cheap labor.

Since the country’s independence, it is contrary to the Constitution and the laws of the land rights and liberties managed any organization, not the authorization to conduct a solely to the praise of the government-aligned Assembly to obtain. The reform of the Assembly Act passed in March 2015 by order of the President has not changed this either. Meetings not ordered by the government therefore do not take place. Unauthorized gatherings are extremely rare and are sometimes broken up immediately using violence. In this regard, criticizes the fact that the exercise of fundamental rights to freedom of expression and assembly is regularly sanctioned in Turkmenistan and, in not infrequent cases, punished with arrest. Those arrested for exercising such freedom rights are therefore subjected to torture and the whereabouts of those arrested are not disclosed to relatives.

While private gatherings are not approved, state-organized mass events play an important role in everyday life in Turkmenistan. The focus of the celebrations is usually extensive and often lavishly choreographed mass events on the central parade ground or in the stadiums of the Olympic village. During parades, the president stands on an honorary platform clad in white marble below a gold-leaf-covered dome.

An example of such a mass event were the celebrations on the occasion of the opening of what is now the third presidential palace in downtown Ashgabat.

You can find detailed information on the subjects of religion and religious freedom in the relevant section in the “Society and culture” chapter. 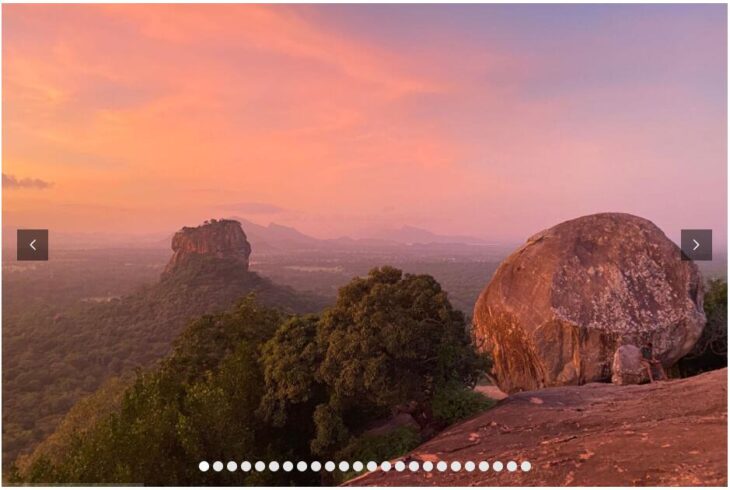 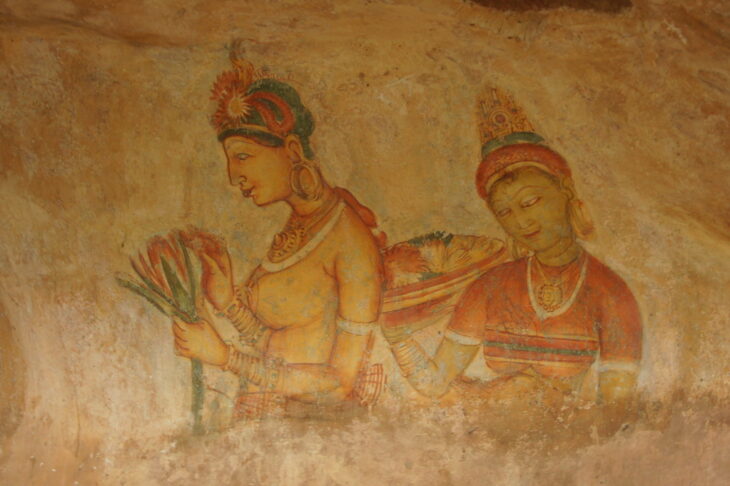