Many of Turkey’s islands have their very own charm and, in addition to their beautiful coasts, offer some other attractions for those seeking relaxation, those interested in culture, sportsmen and nature lovers. A tourist tip is the island of Bozcaada, off the northwest coast. It is small and manageable and has a beautiful harbor overlooking an old fortress. You can relax here on the hidden and beautiful beaches or with a glass of good wine in the evening, because Bozcaada is also known for its viticulture. Another quiet island is west of Bodrum: the three fork-like hills of Catalada, which is also called fork island because of these hills, catch the eye from afar. It offers a beautiful underwater world and is therefore a paradise for divers. The island of Catalada is uninhabited and is therefore particularly suitable for day trips. The Princes’ Islands near Istanbul are a popular weekend destination. Tourists and Istanbul residents alike relax here. Four of the inhabited islands offer beautiful views of Istanbul and across the sea and can only be explored on foot, horse-drawn carriage or bicycle.

Whether lagoons, lonely beaches or water sports, with 8,000 kilometers of beaches on four adjacent seas, everyone will find their individual bathing pleasures in crystal-clear water. Since 1993, Turkey’s beaches have been awarded the blue flag for environmental protection and cleanliness. There are currently almost 400 beaches, for more information go to: www.blueflag.org. Some of the most beautiful beaches are the Icmeler beach in the Mamaris area, the Kalamaki beach on the North Aegean, which is surrounded by pristine nature in the Dilek National Park, or the natural Altinkum beach near Cesme, which has hardly any surf and is therefore particularly suitable for children. The most famous beach is Ölüdeniz, a lagoon beach near Fethiye. The island of Gökceada on the north-west Aegean offers lonely beaches because it is hardly developed for tourism. A picture-perfect beach is Kaputas Beach, 150 meters long and dug into the cliffs. The twelve kilometer long Patara beach on the Lycian coast is secluded because the area is under nature protection. A highlight are the bays of Phaselis. Ancient treasures lie hidden around the former war ports.

The city of Troy in northwestern Turkey was the scene of the most famous war between Greeks and Trojans, which Homer also told about in his poetry. In the 19th century Archaeologist Heinrich Schliemann began excavations that are still ongoing today. The excavation sites have been a UNESCO World Heritage Site since 1998. A wooden replica of the Trojan horse adorns the grounds, which are dotted with ancient ruins. You can see remains of the streets and foundations as well as jars and amphorae, parts of the Temple of Athena, the amphitheater and the city walls. During a detour to the Archaeological Museum of Canakkale you will learn interesting facts about Troy and can admire many finds.

In the heart of the Turkish region of Cappadocia, there are impressions that can overshadow any dream beach. The cave dwellings and rock formations with their underground cities in the Göreme National Park are part of the UNESCO World Cultural and Natural Heritage. Tuff mountains rise up in the sparse vegetation, into which dwellings, stables and churches were hewn from the 4th century. Today there are exceptional accommodation options in the form of hotels and guesthouses in the former dwellings. This exciting and unique landscape can be explored on foot and has many pleasant surprises in store for visitors.

Underestimated by many tourists, the capital Ankara has some very interesting attractions to offer, including many parks and excellent museums. The symbol of Ankara is the Atatürk Mausoleum. Outstanding museums are the Ethnographic Museum, which gives a good insight into Turkish culture, and the Museum of Anatolian Civilization at the foot of the citadel. It deals with the epochs up to the first century BC and many exhibits tell of this time. The 13th-century Arslanhane Mosque is located in the bazaar district near the castle and features a wooden ceiling supported by 24 wooden pillars.

Why UNESCO has declared the area around Mount Nemrut Dagi a World Heritage Site only becomes apparent when you climb part of the mountain. Suddenly a view of man-sized statues of gods carved in stone opens up. Zeus, Apollon and Hercules, here you are very close to the gods. This sight, seen by King Antiochus in the 1st century B.C. B.C. is unforgettable. A sunrise climb is particularly recommended, when the stone terraces are bathed in an unreal light. The effort is rewarded with a fantastic view of the Atatürk reservoir.

The Mediterranean city of Antalya, the center of the Turkish Riviera, has an atmospheric old town, a beautiful harbor and some historical sights. The symbol of the city is the Yivli Minare Mosque, which was built in the 13th century. The archaeological museum is worth seeing. The most important museum on the Turkish Mediterranean coast shows finds from Lycia and Pamphylia. Weather-resistant finds such as frescoes and sarcophagi can be found in the museum garden. Below the town there are two horizontal caves worth exploring. The Konakalti Cave on the cliffs of Atatürk Park and the well-known Dalamatas Cave. A lot of useful information about Antalya can be found at www.antalya.de.

Located on the Golden Horn, Istanbul is the only city in the world that represents the bridge between Europe and Asia. Turkey’s most populous metropolis is the center for trade, finance and culture. In 2010, Istanbul was the European Capital of Culture. Its architecture is characterized by modern and ancient styles, the old town is a UNESCO World Heritage Site. There are numerous museums, theaters and opera houses. The annual bird migration over Istanbul attracts many nature lovers to the city. Special sights are the sultan’s palace from the 19th century and the Topkapi palace right on the Bosphorus. The play of light in the Basilica Cistern, a late antique cistern that is illuminated in the dark, is impressive. The grand bazaar in Istanbul’s old Eminonu district attracts half a million visitors daily and is open from 08.30-19.00.

Almost all tourist regions offer various types of water sports. A hotspot for windsurfers and kitesurfers is Alacati Beach near Cesme. With surf schools and constant winds, it attracts beginners as well as advanced surfers. There are demanding diving areas with crystal clear water around Kemer and Antalya on the Aegean coast. Many diving centers offer courses and diving trips into the fascinating underwater world or the caves. In smaller travel agencies it is possible to book rafting tours in the popular Taurus Mountains. Visit www.turkeyrafting.com for more information. 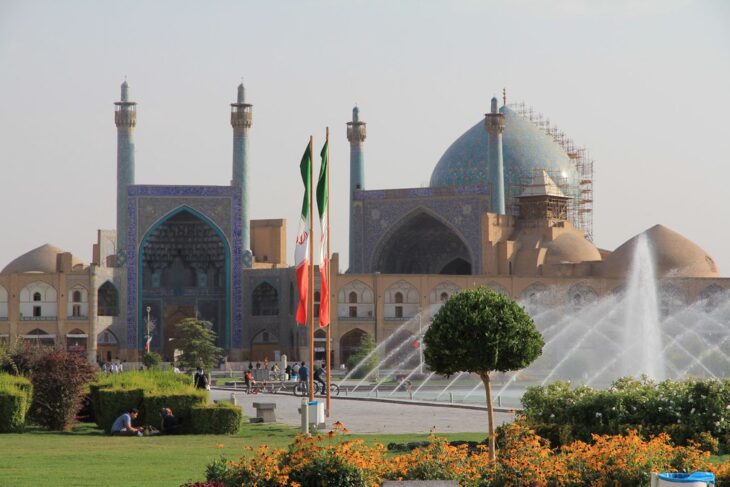