The economy of Kazakhstan is characterized by mining and industry. The most important foundations of industrial development are above all the rich oil and natural gas deposits on and in the Caspian Sea. With the beginning of the transformation towards a market economy (1992), the economic situation in Kazakhstan initially deteriorated, mainly due to the slow progress of the reforms, the sales problems in the successor states of the Soviet Union, with whose economies that of Kazakhstan was closely intertwined, the low level of integration into the global economy and the high level of foreign debt. From 1999, Kazakhstan experienced high economic growth (between 2000 and 2007 an average of 10%), mainly due to rising oil prices. After further oil discoveries and the increasingly successful diversification of the economy, the growth rate was still 6.0% in 2013, but fell to 1.1% in 2016 (2018: 4.1%) due to the unfavorable development of world market prices for oil. Kazakhstan is one of the wealthier successor states of the former Soviet Union. The share of foreign investment in gross domestic product (GDP) is relatively high. Direct investment is mainly made in the oil and gas sector. The rigorous spending policy, the dismantling of subsidies and the freeing up of prices are associated with a deterioration in living conditions for large parts of the population. Around 3% of the population live on an income that is below the subsistence level.

Foreign trade: As one of countries beginning with letter K listed on Countryaah, Kazakhstan has been a member of the World Trade Organization (WTO) since the end of 2015. Kazakhstan’s trade balance is positive (2018 import value: US $ 32.5 billion; export value: US $ 61.0 billion). The size of the surplus is primarily determined by the world market prices of the most important export goods. The main export goods are crude oil and natural gas, mineral oil products, iron and steel products, non-ferrous metals and other mining products as well as machines and equipment. The main imports are machines and equipment, products from the metalworking and chemical industries, consumer goods and food. The main customer countries are Italy, China, Russia and the Netherlands. Important trading partners for imports are Russia, China and Germany.

Agriculture has a share of 4.4% (2017) of GDP; around 18% of all employees work in it. Around 11% of the land area is used as arable land, around 80% are used for extensive cattle breeding. In the desert steppe area, sheep, camels and goats are raised, and cattle, pigs, horses and poultry are kept in the north of the country. An important economic factor is the production of karakul and astrakhan wool. The focus of arable farming is on wheat cultivation (since 1954 extensive expansion of the cultivation area through reclamation of new land in the north). In the south of the country, where extensive irrigation areas are located, cotton, rice, sunflowers, sugar beet, tobacco, vegetables and melons are grown and in the foothills, viticulture and fruit growing are widespread.

Fisheries: Inland fisheries are suffering as environmental conditions continue to deteriorate. As a result of the lowering of the lake level and the increasing salinity of the drying Aral Sea, fishing was no longer possible from the mid-1980s. In 2010 it was resumed to a small extent in the cordoned off northern part (Little Aral Sea). Some fishing companies on the Caspian Sea have specialized in sturgeon breeding for caviar production, but here too the ecological situation is very problematic due to the pollution of the water.

The service sector generates 57.4% of GDP (2017) and employs 61.2% of the workforce. One focus is on trade and transport. Kazakhstan is benefiting from the major Chinese project “New Silk Road”, as all land connections between China and Europe run through Kazakhstan’s territory.

In economic terms, tourism has so far only played a subordinate role. The tourist infrastructure has so far been poorly developed. Historically significant sights include: the many centuries-old tombs and mausoleums, especially in the south of the country, including the UNESCO-listed burial mosque of Choja Akhmed Jasawi in Turkestan. The rock carvings in the Tamgaly Gorge are of archaeological importance ; UNESCO World Heritage Site since 2004.

The transport system in many regions of Kazakhstan is only poorly developed, mainly due to the long distances and low population density. The country is traversed by four main north-south rail lines (including the Turkestan-Siberian Railway), which are connected by east-west railways, including a section of the South Siberian Railway. The Trans-Siberian Railway runs through the far north (region of Northern Kazakhstan). At the end of 1995 a railway line from Almaty to Urumqi was opened opened in China (part of the Trans-Asian Railway). Since 1996 there has been a direct rail link to Iran via Uzbekistan and Turkmenistan. The road network is densest in the area around Almaty and in northern Kazakhstan. Inland navigation is carried out on the Caspian Sea, Lake Balkhash and Lake Saissan as well as on Irtysh, Syrdarya, Urals, Ischim and Ili. The most important port is Atyrau on the Caspian Sea. A substantial part of the oil is transported by ship to Baku (Azerbaijan) and from there via pipelines. There are international airports in Almaty, Nursultan, Aqtau and Atyrau. 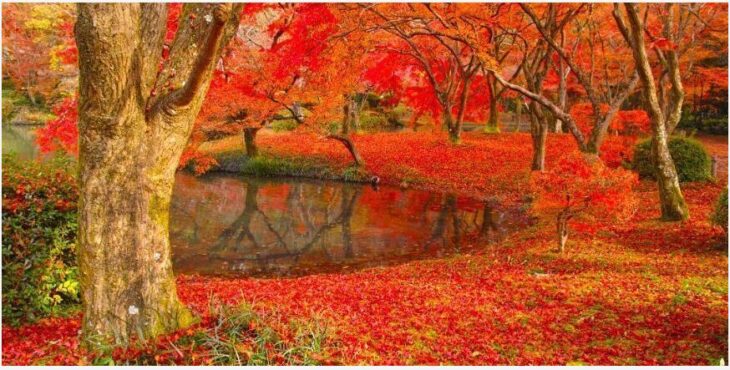