The country in civil war

In August 1998 a rebellion against Kabila, supported by Rwanda and Uganda, began. a. Angola, Zimbabwe and Namibia intervened militarily in favor of Kabila’s government troops. In 1999 the Democratic Republic of the Congo, Angola, Namibia and Zimbabwe signed a regional defense pact. The partly strongly fragmented rebel movements, so inter alia. The Rwandan-supported Congolese Assembly for Democracy (RCD), which is split into two competing wings and partly fighting each other, under the leadership of Adolphe Omusumba and Ernest Wamba dia Wamba (* 1942), the Uganda-supported Movement for the Liberation of the Congo (MLC) under the leadership of Jean-Pierre Bemba (* 1962) and numerous ethnic units, conquered large parts of the country, especially in the north and east, in the course of the fighting.

The stationing of troops from the UN mission MONUC (since 2010 MONUSCO) and a ceasefire agreement from May / June 2000 only partially brought an end to the fighting. On August 21, 2000, a transitional parliament set up by Kabila began its work. After a fatal assassination attempt on L. Kabila on January 16, 2001 in Kinshasa, his son J. Kabila took overthe office of president on January 26th, 2001. With South African mediation, the presidents of the Congo and Rwanda signed a peace treaty in July 2002, including: the withdrawal of the Rwandan armed forces from the Congo and the disarming of the Hutu militias, which previously operated militarily from Congo in Rwanda. In a peace agreement signed with Uganda on September 6, 2002, a. the withdrawal of around 2,000 Ugandan soldiers and action against the rebels fighting in Uganda from the Congo. On December 17, 2002, the most important rebel movements signed a peace agreement with the government. the participation of the two large rebel groups MLC and RCD in a new transitional government of national unity and elections; by then J. Kabila remain in office as President. These regulations were confirmed in a further contract on April 2nd, 2003 in Sun City, South Africa. In addition, those involved in the conflict agreed on a new constitution, the formation of a transitional government and the integration of the rebels into a newly built army. The former MLC rebel leader Bemba became one of the country’s four vice-presidents in July 2003.

In May 2003, in the north-east of the country (around Ituri in the border area with Rwanda and Uganda) distribution struggles intensified between the hostile ethnic groups of the Lendu (sedentary farmers) and Hema (nomadic ranchers). There were numerous massacres in which around 50,000 people died. According to a corresponding UN mandate, which, among other things, allowed the use of armed force, in June 2003 the EU sent an EU reaction force (Operation Artémis; approx. 1,500 men) to support the UN soldiers to improve security and the humanitarian situation in the region. As a result of the Ituri crisis, the UN mission in the Congo was increased to 10,800 blue helmet soldiers to support the peace process. In December 2004, troops from Rwanda again invaded the east of the country and fought with Congolese troops, arguing that they were persecuting Rwandan Hutu rebels, who were responsible for the 1994 genocide. In order to defuse the conflict, the Rwandan government assured disarm the Hutu rebels. Around 100,000 people were forced to flee north of Bukavu in December 2004 after fighting between deserted soldiers and government units in the region. Following attacks on the civilian population by various militias and the murder of UN soldiers, UN troops began to use armed force to disarm the militias and arrest their leaders in February 2005.

A new constitution, which was confirmed by a referendum in December 2005 and introduced in February 2006, made it possible to establish new state structures. For the first time since the country gained independence in 1960, parliamentary and presidential elections were held on July 30, 2006. To secure these elections, the UN Security Council authorized the EU on April 25, 2006 to deploy an EU force (“EUFOR RD Congo” with around 2,000 soldiers; EUFOR ). Since none of the numerous candidates was able to achieve an absolute majority in the presidential elections in July 2006, a run-off election between the two first-placed candidates was held for October 29, 2006. H. between incumbent Kabila and Vice President Bemba, necessary. In the parliamentary elections, also held in July 2006, the PPRD under Kabila won the majority of the seats, but missed an absolute majority. The runoff election for the presidency of Kabila with 58% of the votes cast; the defeated Bemba, however, did not recognize the election result. The Supreme Court rejected Bemba’s objection on November 27, 2006 and declared Kabila the rightful winner of the presidential elections, who was then sworn in on December 6, 2006. After Bemba’s supporters refused to surrender their weapons, heavy fighting broke out between the Bemba’s units at the end of March 2007 and Congolese armed forces. Bemba, against whom an arrest warrant was issued for high treason as a result, first fled to the South African embassy and left for Portugal on April 11, 2007 with official permission. On May 24, 2008, Bemba was arrested in Brussels and transferred to the International Criminal Court in The Hague at the beginning of July. 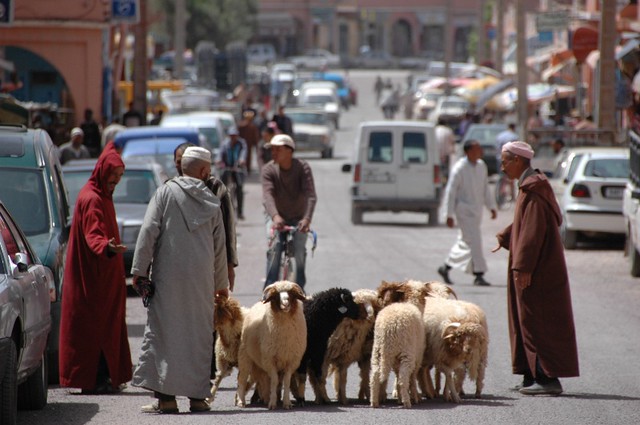