Bahia’s main agricultural product is cocoa, grown mainly for export. Its area of ​​culture par excellence is the hills and hills of the coastal region south of the Recôncavo, mainly in the municipalities of Ilhéus and Itabuna.

On the contrary, cassava has a dispersed geographical distribution, which, in a way, reproduces the distribution of the state’s population. Basic product of Bahian food and a culture that is not demanding in terms of ecological conditions, it is natural that it accompanies man wherever he settles. The area with the highest concentration of production is the Recôncavo, where cassava, grown in poor soils over sandstone formations, takes on the character of commercial crops. In the interior it usually appears as a subsistence culture.

The state’s third product, beans, is a geographically dispersed crop, with characteristics of small subsistence commercial crops. Sugarcane comes in fourth place in terms of production value. A large commercial crop linked to the agro-industry (sugar mills), dominates the rich massape soils of the Recôncavo. It also appears in the interior of the state as part of a small commercial crop, for the production of brandy and brown sugar or as a simple subsistence culture. They are in descending order, by production value, papaya, banana, castor, coffee, cotton and orange.

Beef cattle are raised in all regions of the state, but there is a certain degree of regional specialization: on the one hand, areas of caatinga, focused on the reproduction of herds, and on the other, areas of forest on the edge eastern part of the plateau, reserved for the fattening of animals from the former. Dairy farming is very important in the Itapetinga region, and the state’s milk production is considerable. Formerly arid areas, such as Iaçu and Itaberaba, were converted to livestock thanks to the introduction of African grasses.

According to Thedressexplorer, Bahia’s industrial activities, which had little expression in the past, have developed considerably. A state of traditional agrarian structure, Bahia today occupies a considerable portion of its active population in the secondary sector. However, there are still many small industries, with a handcrafted character, such as those that produce articles for consumption in the Brazilian countryside (rapadura, brandy, manioc flour). Among the largest companies are the chemical industry (including oil refining), food products (especially sugar mills), textiles and tobacco. The bulk of production is concentrated around Salvador, mainly in the Industrial Center of Aratu, located in the metropolitan region itself, and in the Petrochemical Complex of Camaçari, one of the most modern in the world. In addition to Aratu and Camaçari, Bahia also has the Industrial Center of Ilhéus.

Natural resources of mineral origin are varied, although only a few offer effective possibilities for commercial exploitation, such as oil and natural gas, resources of which Bahia is the second national producer. The exploration area is the Bahia Recôncavo, where wells are drilled both on land and at sea. Part of the production is processed locally, at the Landulfo Alves refinery.

The waterfall of Paulo Afonso, on the border with Alagoas (average discharge: 5,000m3 / sec.), Feeds the four plants of CHESF (Companhia Hidrelétrica do São Francisco), Paulo Afonso I, II, III and IV. With a combined potential of 3,501,800kW, they export energy to the entire Northeast.

The Pedra do Cavalo hydroelectric plant (1983), upstream from the twin cities of São Félix and Cachoeira, and 110km from the capital, was built with resources from the Paraguay River Water Resources Recovery Plan. In addition to generating energy, it guarantees: drinking water for Salvador and Feira de Santana; raw water for industrial complexes, including Aratu and Camaçari; end of periodic flooding in riverside cities; and a solution to the silting problem – the river has once again become navigable. The dam (143m) is one of the highest in South America.

The Itaparica hydroelectric plant, located on the border with Pernambuco, about fifty kilometers from the Paulo Afonso complex, started operating in 1988. Its final power will be 2,500 megawatts; in the 1990s the Xingó plant was also under construction, also in São Francisco, which would have a capacity of three thousand megawatts.

The main paved highway in the state is Rio-Bahia (BR-116), which cuts the interior from south to north, passing through Vitória da Conquista, Jequié and Feira de Santana. In this city, Rio-Bahia is intercepted by another important paved road, which departs from Salvador towards Juazeiro-Petrolina. From Salvador to the northeast, the BR-101, also paved, extends to Natal at its northern end, after passing through Aracaju, Maceió and João Pessoa.

The state has four ports: Aratu, Camamu, Ilhéus and Salvador. In Madre de Deus, in the municipality of Salvador, the Almirante Alves Câmara maritime terminal, owned by Petrobrás, operates, through which crude oil and products from the Landulfo Alves refinery are exported. 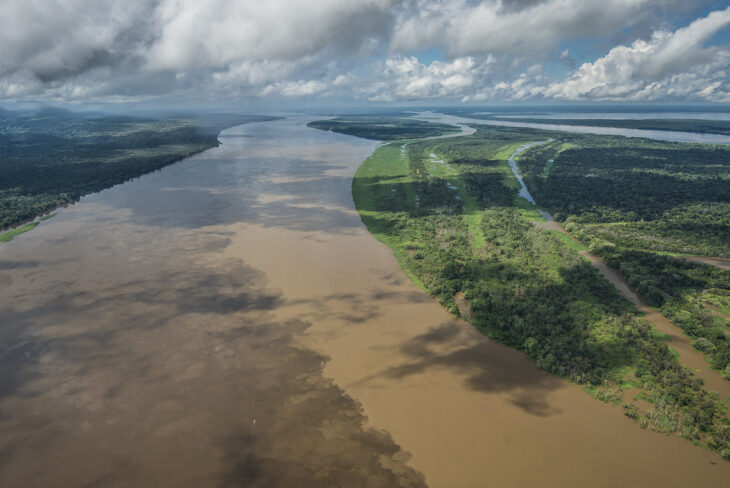